Does anyone think that the Congressional Black Caucus works for the interests of the African-American community? Well, think again. It appears that, according to a scathing report in The New York Times, African-Americans don't have the money to buy the CBC's loyalty. At the very least, they do not appear to be the top priority for a legislative group that has allowed dollar signs to complicate its priorities.

The New York Times article details a highly suspicious network of foundations and charities that seem to funnel money to CBC members in exchange for influence in Washington. The political and charitable wings of the CBCtook in $55 million dollars between 2004 and 2008, with only $1 million of that coming through their political action committee; the rest came through their unregulated network of foundations, which are allowed to escape campaign finance laws designed to keep legislators from being bought by corporate America.

While the CBC argues that the funds are used to support charitable causes in the African-American community, it seems that the foundation spends more time "big balling" with elaborate corporate events than it spends actually doing work for the community. Federal tax records show that the CBC Foundation spent more money on the caterer for its annual dinner, $700,000 dollars, than it spent giving out scholarships. As my mama used to say, "That's just trifling."
Even more disturbing are the relationships that the Congressional Black Caucus has formed with industries that clearly do not have the interests of the black community at heart, including the Internet poker industry, cigarette manufacturers, alcoholic beverage producers and rent-to-own companies. Many rent-to-own companies operate in predominantly black neighborhoods and are effectively electronic drug dealers: They give consumers a quick high today in exchange for unethically high fees and massive amounts of debt. Well guess what? The CBC is one of the reasons that the rent-to-own industry has been allowed to expand its operations in urban communities where CBC members don't even live. 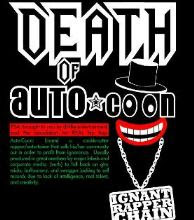